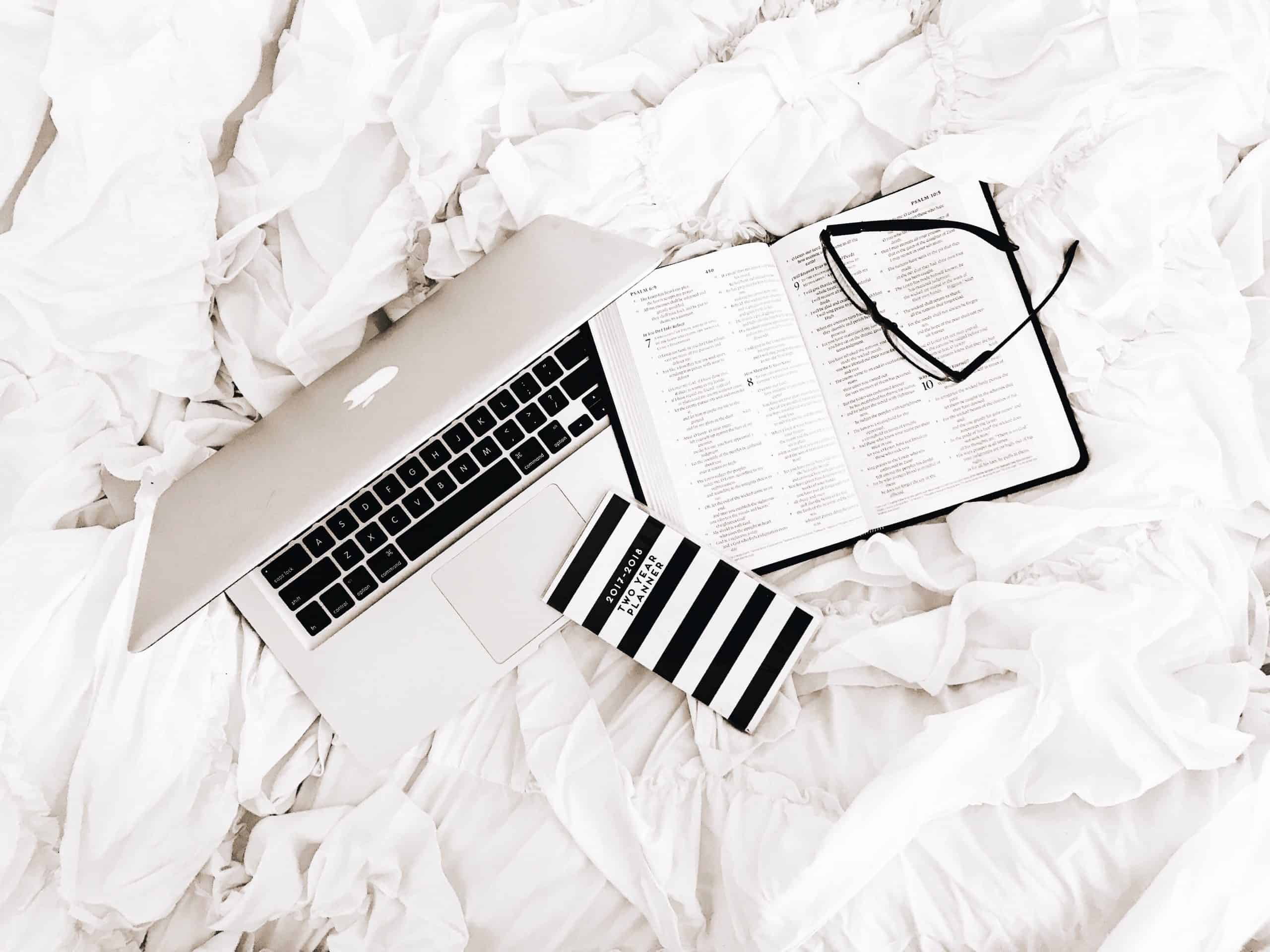 There really is something about the Bible that is magical, or you could say, supernatural.  Why is it one of the bestselling non-fiction books in the history of humanity?

Many experts have researched the background and validity of these sacred writings.  But do we need to be a scholar to understand something as simple as how many books are in the Bible?

We do not, but when we learn more about the books in the Bible and how the Bible came to be, then we are able to know more about our faith as well as defend what we believe to those who may question it.

How Many Books Are in the Bible and How Did They Get There?

As 2 Timothy 3:16 tells us that all Scripture is God-breathed, we need to realize that even though the books were chosen by humans, it is God’s sovereignty that allowed these books to become what we know of as the Bible.

It was not a single council or church that determined which books would be included in the Bible, but it was a collective effort of different scholars, churches, and councils over time.  The original Hebrew Bible used by the Jewish people is the Old Testament which was written between 1200-165 BC.

While the Old Testament was easily accepted as Scripture, the New Testament books went through a more tedious process as these books were written to more different people groups than the Hebrews and Jews.

For the Old Testament books, there were five criteria that it needed to follow to be deemed authoritative.

It had to be written by a prophet of God and the authority of the prophet had to be shown by an act of God.

The writings had to align with the other writings from God’s prophets and had to display the power to transform the reader.  And lastly, the book had to be accepted by God’s people as true.

RELATED POST:  The 7 Most Popular Large Print Bibles For The Visually Impaired

It needed to be written by an apostle or someone close to an apostle.

The book also had to align with both the Old Testament writings and the teachings of the Apostles.  To be considered as having divine authority and inspiration, the books had to be gaining popularity amongst the Christian community.  And finally, the book had to contain high moral and spiritual values that showed the work of the Holy Spirit.

These books were Hebrews, James, 2 Peter, 2 and 3 John, Jude, and Revelation.  It was not until around the 5th century that there was a general agreement on which writings would ​​be considered scripture.  In general, the books that were chosen to be in the Bible seemed to be all self-authenticating in one way or another.

What is the Difference Between the Protestant Bible and the Catholic Bible?

The New Testament books are the same but the Old Testament books differ.  The additional books of the Catholic Bible include Tobit, Judith, Wisdom of Solomon, Ecclesiasticus, Baruch, and First and Second Maccabees.  There is also additional text to the books of Daniel and Esther.

What is the Difference Between the Protestant Bible and the Hebrew Bible?

And although the Hebrew Bible has the writings of the twelve minor prophets, these books are compiled to form one single book.  The Protestant Bible separates these minor prophets into individual books.

Another difference is how many sections each Bible has.  The three main sections of the Hebrew Bible are the Torah, Prophets, and Writings.  The Protestant Bible has four sections that are categorized as the Pentateuch, Historical Books, Wisdom Books, and Prophetic Books.

How is The Bible Organized?

There are nine categories that a book can fall under: the Pentateuch, Historical, Poetry and Wisdom, Major Prophets, Minor Prophets, the Gospels, Church History, Epistles, or Prophecy.  Let us take a look at each genre and which books are included in each.

The Pentateuch is the first five books of the Bible and the Old Testament.  These books are Genesis, Exodus, Leviticus, Numbers, and Deuteronomy.  They cover Creation to the 40-year wandering period of God’s chosen people and are all authored by Moses.

There are twelve Historical books in the Protestant Bible.  They are Joshua, Judges, Ruth, 1 Samuel, 2 Samuel, 1 Kings, 2 Kings, 1 Chronicles, 2 Chronicles, Ezra, Nehemiah, and Esther.The authors of these books vary, with some authors being unknown.  These books begin with Joshua leading the Israelites into the chosen land and covers the stories of God’s faithfulness in saving and restoring His chosen people.

The five Poetry and Wisdom books are Job, Psalms, Proverbs, Ecclesiastes, and Song of Solomon.  While Job is the author of the book with the same name, Solomon, the wisest man, is mainly the author of the other four.  These books teach us many practical things about life, suffering, relationships, and who God is.

There are five books that fall under the Major Prophets category: Isaiah, Jeremiah, Lamentations, Ezekiel, and Daniel.  These books are all authored by the people the book is named after, with Lamentations written by Jeremiah.

They are not called major prophets because the prophets were more important than the minor ones, but the reason is that these books are longer in length.  The Major Prophets follow the Jewish people as they continue to disobey God but yet He continues to display His sovereignty over their lives.

The shorter prophetic books, the Minor Prophets, comprise of twelve different books and authors.  These books include Hosea, Joel, Amos, Obadiah, Jonah, Micah, Nahum, Habakkuk, Zephaniah, Haggai, Zechariah, and Malachi.  These books speak a lot about God’s judgment and the coming of a Messiah, Jesus.

The Gospels make up the first four books of the New Testament: Matthew, Mark, Luke, and John.  The word Gospel means “Good News” and these books highlight the message of Christ and the Kingdom of God.  Even though they share many similar stories, they are written from different perspectives to different audiences with a different emphasis on who Jesus is.

The only Church History book is Acts which was written by Luke.  It tells of how the early Christian church was formed after Jesus ascended to Heaven and sent the Holy Spirit.  Through the power of the Spirit, the apostles continued to spread the Gospel and perform miracles.

The Epistles make up the majority of the New Testament’s 27 books as there are 21 of them.  They are Romans, 1 Corinthians, 2 Corinthians, Galatians, Ephesians, Philippians, Colossians, 1 Thessalonians, 2 Thessalonians, 1 Timothy, 2 Timothy, Titus, Philemon, Hebrews, James, 1 Peter, 2 Peter, 1 John, 2 John, 3 John, and Jude.

The word Epistle means “letter” and was written by the apostles to either a church or an individual.  These letters encouraged and taught the reader how to be a follower of Christ in practical ways.

The last book of the Bible, Revelation, is the only book of Prophecy.  The word prophecy simply means a “message from God” and Revelation is the vision given to John about the end times of final judgment.  It is also the only book that declares the reader and those who listen to its message are blessed.

How Many Books Are in the Bible?

Understanding how many books are in the Bible gives us the confidence that what we are reading and applying in our lives really is the inerrant Word of God.  Because the Holy Spirit illuminates the Word for us, we are able to understand who God is and the deeper spiritual implications of these writings.

I hope this gives you the assurance and passion to read each of the 66 unique books of the Bible as God’s words breathed for you.

The 66 Books of the Bible Overview

How to Read the Bible For Beginners

Hi there! I'm Shanique, the founder of Rock Solid Faith. I am a multi-passionate millennial who loves helping others embrace their identity in Christ. On the blog, you'll find helpful Bible study tips to help you develop a deeper intimacy with God, biblical encouragement, christian living articles and so much more! 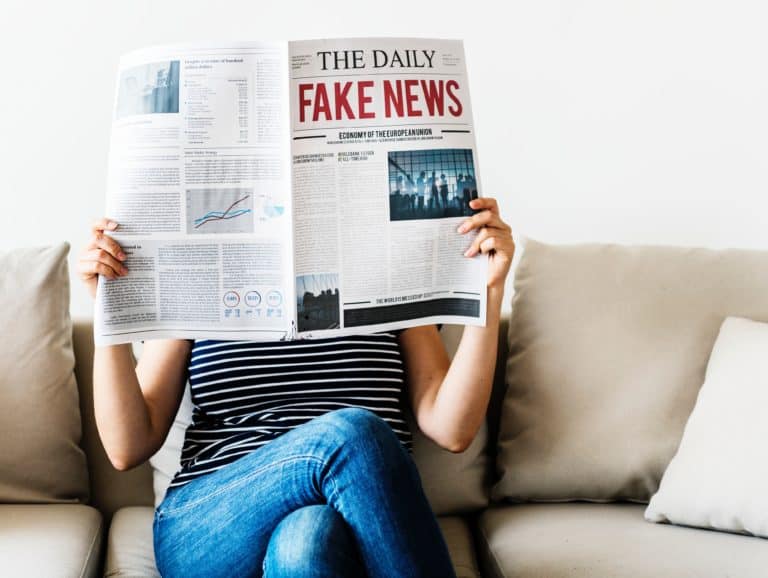 How can an entire world be created in 7 days when a single high-rise building takes months? How about Noah and the flood? Could a worldwide flood really kill everyone except everyone on a gigantic boat? What about the virgin birth? The last time I checked, it takes two to tango, right? The Bible… 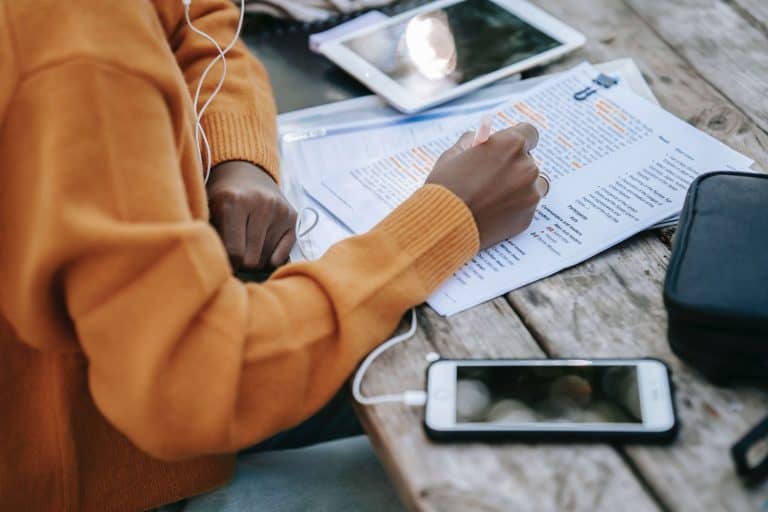 So you want to get started with marking the Bible but where do you even start? With so many Bible color coding systems online, it can get really overwhelming fast.   Instead of struggling to understand a Bible color coding key you find on Pinterest, why not develop your own customized Bible highlighting system?… 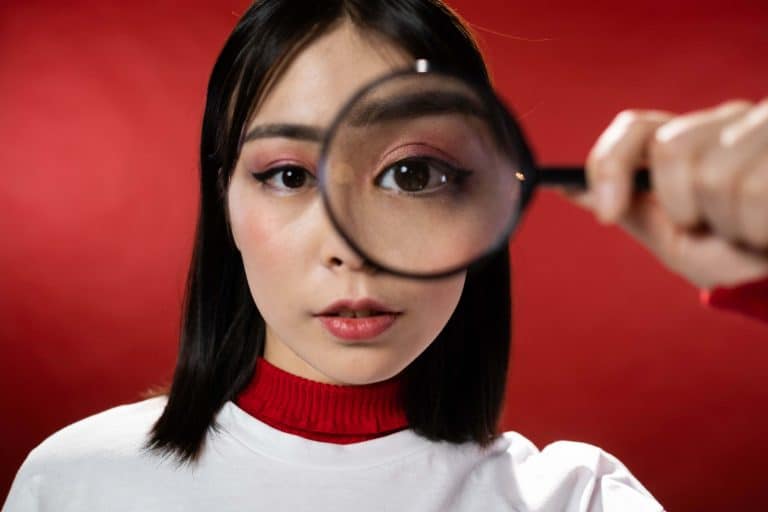 Reading the Bible is an important part of many people’s lives, but it can be a difficult thing to do for those who are older or have vision issues. Large-print Bibles make this task much easier and more enjoyable by enlarging the text so that individuals with impaired vision can read without any problems… 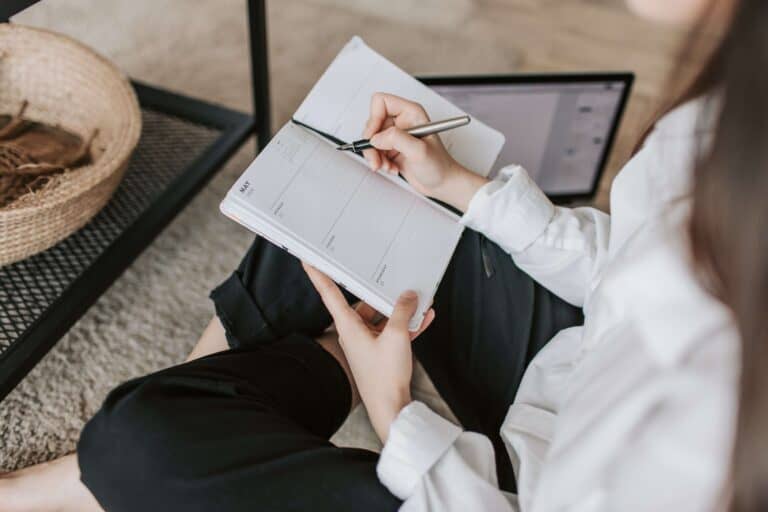 At the start of each new year, there is a growing interest to grow closer to God.   We vow to read the Bible in a year, or even purchase a shiny new devotional in an effort to have a stronger relationship with God. Despite our best efforts to be really intentional with… 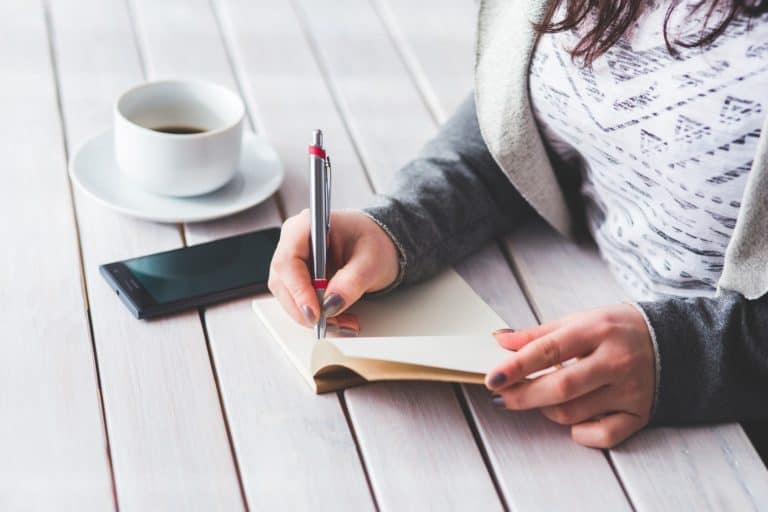 BIBLE JOURNALING FOR BEGINNERS THE ULTIMATE GUIDE. ALSO DISCOVER ADDITIONAL WAYS TO JOURNAL WITHOUT DRAWING IN YOUR BIBLE.   Drawing isn’t a strong skill set of mine. So when I discovered Creative Bible Journaling, about a year ago, I instantly wrote it off as a Bible study tip that was just not for me…. 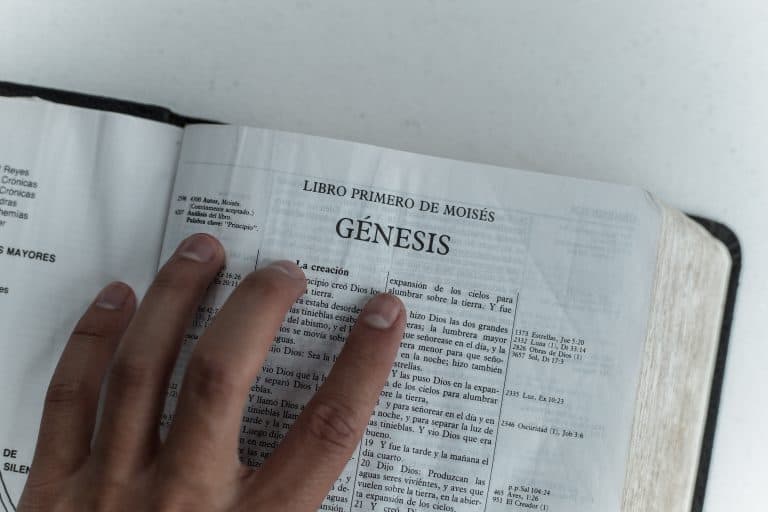 Do you know the 66 books of the Bible? Most people know the Bible as a really big book that Christians read.  Some people believe that every word written in it is true and helpful while others believe there are contradictions and fictional stories that make the Bible not credible. Learn more in this… 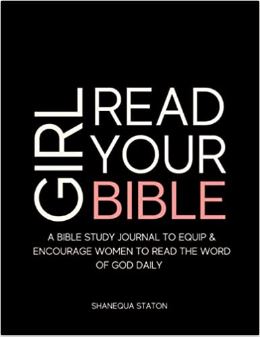