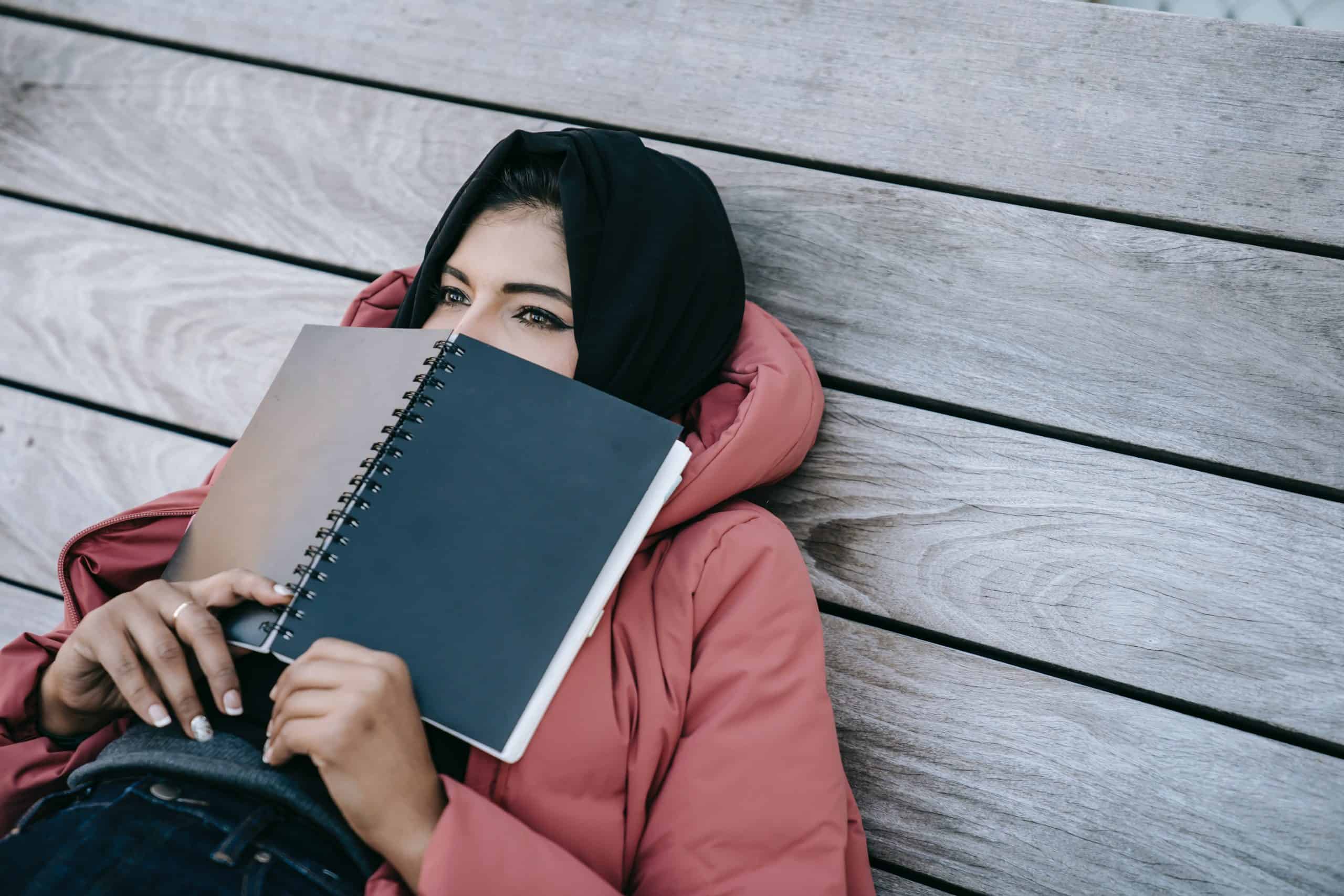 The unfortunate thing about sin is that it affects not only your relationship with God but also your relationship with those around you.  Such was the case with a woman named Tamar.  The wickedness of her husband and her husband’s family caused her to do a shameful act of desperation.  But as we look into the story of Tamar in the Bible, amidst the horribleness of humanity, we see the grace and redemption of God.

Who Was Tamar in the Bible?

Tamar is best known as Judah’s daughter-in-law and is introduced in the Old Testament book of Genesis in chapter 38.  She was living in Canaan when she was arranged by Judah to marry his firstborn son Er.

She became a childless widow after her first husband died and became a widow again after her second husband, who was Judah’s second son, died as well.

After a series of unfortunate events, Tamar becomes pregnant by her father-in-law and becomes the mother of twin boys Perez and Zerah.  Despite the dishonorable circumstances, Tamar is mentioned in Matthew 1 under the genealogy of Jesus.

Meaning of Tamar in the Bible?

The name Tamar is a female name with its origins in Hebrew.  It can either mean “date palm” or “palm tree.”.

How Many Tamar’s in the Bible?

There are two different Tamar’s in the Bible, and both have interesting but unfortunate stories.   The first Tamar is in Genesis 38 and is a childless widow to two of Judah’s sons, Er and Onan.  And even though Judah is her father-in-law, she becomes pregnant by him and gives birth to twin boys Perez and Zerah.

The second Tamar in the Bible is found in 2 Samuel 13.  She is the daughter of King David and also the sister of Absalom.  This Tamar had a half-brother named Amnon who had so much lust for her that he ended up raping her. The story ends with Absalom taking revenge for his sister and killing Amnon two years later.

The Story of Tamar in the Bible?

The story of Tamar in the Bible is found in Genesis chapter 38 which is interestingly sandwiched in between the story of Joseph, Judah’s (Tamar’s father-in-law) younger brother.  It is a sharp contrast between the lives of these two brothers.

Judah left home shortly after being involved in his brothers’ scheme of almost killing his brother Joseph.  He moved to Adullam, one of the towns in Canaan.  After marrying a woman named Shua, they have three children: Er, Onan, and Shelah.  When Er becomes of age, Judah arranges for him to marry Tamar.  But before they are able to conceive children, God takes Er’s life because he was a wicked man.

Judah instructs his second son Onan to marry Tamar and produce an heir for his eldest brother.  Even though he married Tamar, he was not willing to have a child who would not be his own.  So every time they had intercourse, he would pull out and spill his semen on the floor.  This was evil in the sight of God, so Onan’s life was taken as well.

By this time, Judah was afraid that if his youngest son married Tamar, then he too would die.  So Judah lies to Tamar saying to go back and stay at her father’s house until his youngest son Shelah is of age.  She complies but as years pass and Judah’s wife dies, Tamar finds out Shelah has grown up but no marriage arrangements had been made.

She takes off her widow’s clothes, puts on a veil, and sits beside the road that Judah is traveling on.  Judah propositions sexual relations with her, not knowing it is his daughter-in-law, and in turn, she asks for his identification seal, cord, and walking stick as a guarantee for her payment.

Tamar becomes pregnant after this meeting and returns home.  When Judah finds out that she is pregnant he demands that she be executed.  But she sends a message that the man who owns all the things she collected from him is the one responsible.  He realizes these are his things and that he was the one to impregnate her.  Judah calls her more righteous than himself, does not have further sexual relations with her, and takes care of his twin boys Perez and Zerah.

Lessons From Tamar in the Bible

Whether it is our family, our workplace, our church, or our circle of friends, sin negatively affects those around us.  Tamar was not the one to blame for Judah’s sons’ deaths.  God took their lives due to their own wickedness.

Yet, Tamar was the one punished by her father-in-law.  Although twice widowed and sent back home to no fault of her own, the Bible does not say that she complained or tried to take revenge.  Instead, she honored her father-in-law by marrying both his sons and then waiting patiently to marry his third.  Even though we are put in difficult situations by other people’s bad decisions, ultimately, we are responsible for our own actions.

Tamar chose to be committed to the responsibility of bearing children to produce an heir for her first husband.  And because of her commitment to fulfilling her vows, she and her family are mentioned in Jesus’ lineage.  Despite the circumstances in our lives, we can continue to choose what is right because we are responsible for our own actions.

Tamar did not have spiritual leaders to protect and guide her

When fathers and husbands fail to be the spiritual leaders in their families, curses and chaos abound.  Judah was not only blind to his own sins, but also to the sins of his sons.  Not only did he purposely lie to Tamar about giving his third son to her when he comes of age, but after his wife died his heart was so corrupted that he slept with who he thought was a shrine prostitute.

It is no wonder that both his eldest sons were taken away by God because of their wickedness.  They did not have a good example to look up to.  And unfortunately, Tamar became a part of this dysfunction.  With no one to lead her spiritually, she was left to make a dishonorable choice out of desperation.  It is crucial that fathers and husbands become the spiritual leaders in their families to guide them into making wise, God-honoring choices.

Tamar’s courage and perseverance helped to reveal truth and repentance

Tamar was an amazing woman.  At first glance, it may be hard to see but when you start considering her circumstances you begin to realize she had a powerful inner strength about her.  Both her husbands were wicked, yet she remained faithful to them.  Her second husband only used her for his lustful pleasure.

Her father-in-law failed to love her as a daughter and instead wrongfully blamed her for his son’s deaths and knowingly lied to her.  Then he had sexual relations with her thinking she was a prostitute.  After all this, you would think Tamar would become bitter and seek some type of revenge for all the hurt she went through.

RELATED POST:  Did Hallmark Get It Wrong? What Is True Love According To The Bible

But instead, she waited for the right time to act in a way that was able to reveal to her father-in-law Judah how unrighteous he was.  What she did took a lot of patience, perseverance, faithfulness, courage, and cleverness.  In times of heartache, hurt, silence, or unanswered questions, when we wait on God’s timing and trust in Him we can remain steadfast just as Tamar did.  And when we do things according to His character, the light will be shone in dark situations and the truth will eventually be exposed.

God works through the most unsuspecting people and circumstances

When we look at the lineage of Jesus Christ, we see both righteous and unrighteous characters.  Sometimes we wonder why God did not choose someone different to fulfill His promises.  Shouldn’t the perfect Lamb of God also have perfect ancestors?  If God worked only through people we think deserve His goodness, then we would not have seen and continue to see His amazing grace and redemption power.  God could have chosen Joseph instead of his more sinful brother Judah.

God could have given Tamar sons from her first husband instead of the scandalous way that it happened with her father-in-law.  God could have, but He did not.  Tamar’s story reminds us that God’s ways are not our ways.  It humbles us because it reminds us that God uses people like Tamar to fulfill His plans and purposes.  Even though sin is not His will, He works through it to reveal that there is a greater power working in this world.

Characteristics of Tamar in the Bible

It can be easy to label Tamar as the “bad” one in this story as she was the one who tricked her father-in-law and became pregnant by him.  But a deeper look into her circumstances and actions reveals that she was choosing faithfulness in a family that was faithless.

She was committed to continuing Judah’s lineage even though he and his sons were wicked.  Her dedication is what allowed God to work through her and produce heirs that became a part of the genealogy of Jesus.  Tamar in the Bible is a shining example of how God can redeem even the worst situations and how amazing His grace truly is.