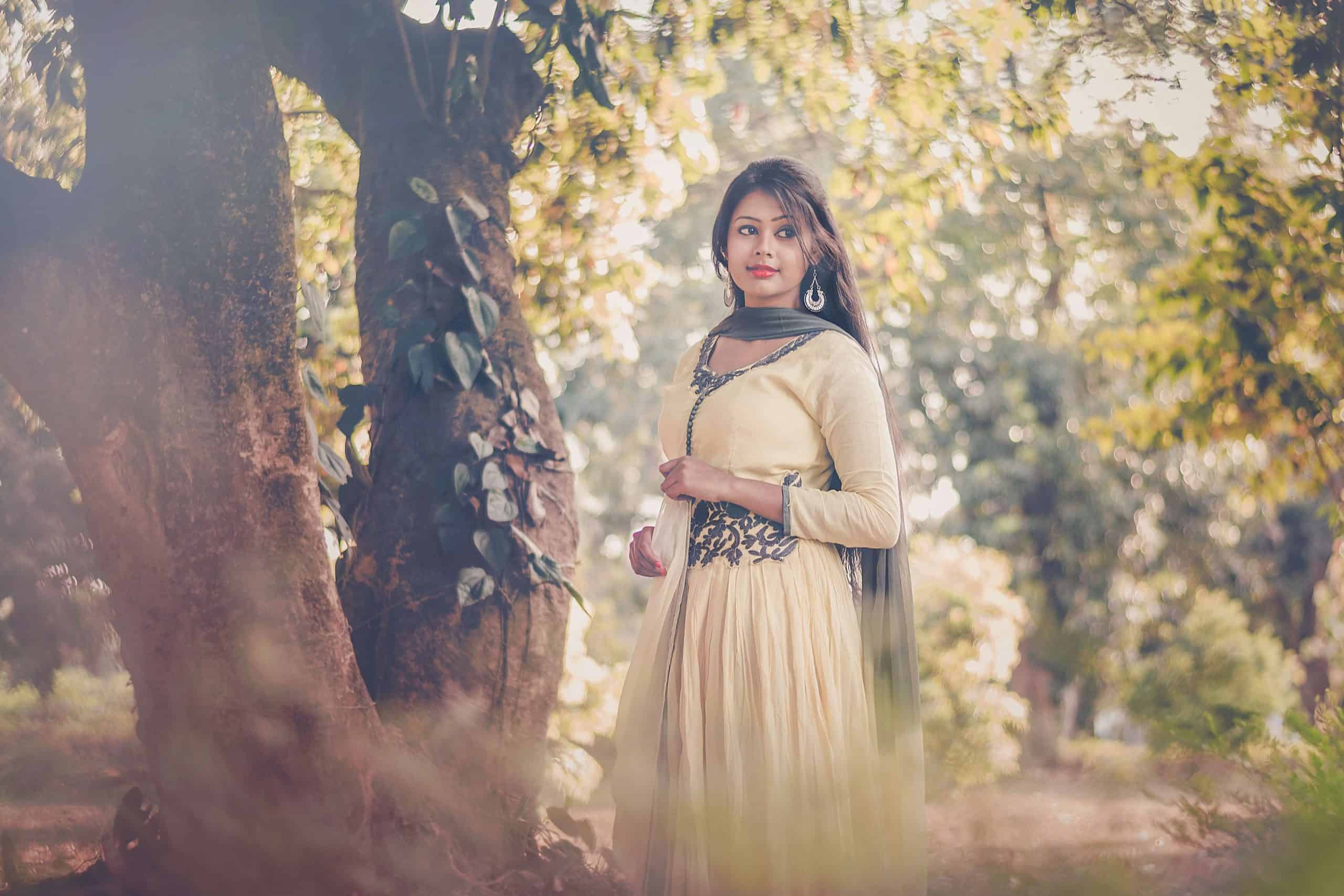 Who was Ruth in the Bible? There is so much to be learned by studying the character of Ruth. When we dig deep into her story, we can see where her life is similar in many ways to the lives women lead today. We get a glimpse into the world of a woman who walked into the unknown as many of us do in today’s time.

We see how Ruth dealt with real-life issues that have been a part of mankind for as long as there has been mankind:

It is an age-old story of obstacles versus obedience that we can all find familiar in some way.

You will learn... show
1 Who Was Ruth In The Bible?
2 Facts About Ruth From The Bible
3 Characteristics of Ruth In the Bible
4 The Virtue of Humility
5 Moral of The Story of Ruth

Who Was Ruth In The Bible?

Interestingly, Ruth is one of only 5 women who are named in the bible as being involved in the lineage of Jesus. She is the great-grandmother of King David. What an honor to be included in that small category in history.

Facts About Ruth From The Bible

We know that she was a Moabite woman who was the daughter-in-law and childless widow of Naomi. Naomi was a displaced Israelite who had moved with her family to Moab, then lost her husband and both her sons.

By studying Ruth, we discover that much like the Gentiles, she finds her faith in Christ despite her culture and upbringing. After worshipping pagan gods until that point in her life, she finds Jesus after devoting herself to Naomi and Naomi’s way of life.

This coming to her faith was something she did voluntarily, due to her devoted love and concern for Naomi.

Characteristics of Ruth In the Bible

Ruth had many beautiful qualities and characteristics:

These only name of few of the things that made Ruth a special and unique individual, and one that we have all grown fond of as we have read her story time and time again. Her story is a story for the ages that will never grow old because it will never be irrelevant to women of today.

RELATED POST:  10 Important Bible Verses About Food Not To Eat

But Ruth replied, “Don’t urge me to leave you or to turn back from you. Where you go I will go, and where you stay I will stay. Your people will be my people and your God my God. Where you die I will die, and there I will be buried. May the LORD deal with me, be it ever so severely, if even death separates you and me.” Ruth 1:16-18 NIV)

Here we see the devotion Ruth has for her mother-in-law, that she would walk away from her family, her home, and her faith to follow Naomi to her homeland. Knowing the hard journey that was ahead did not cause her to falter, but to forge ahead into a new life filled with uncertainty.

Imagine leaving your family and your homeland. That is a tough move to make. But so many today are called to make that move…the brave who give their life to service of our country, those who are called to make job transfers, missionaries who live a life of service to God.

Others walk away from the familiar because the familiar stands in ridicule of their faith in Christ. There is something uniquely painful about having family members mock your faith. It is a heart wrenching experience.

And Ruth the Moabite said to Naomi, “Let me go to the fields and pick up the leftover grain behind anyone in whose eyes I find favor.” (Ruth 2:2 NIV)

This scripture tells us that Ruth volunteered to go and work the fields to support Naomi. They had no man to provide for them, and she knew it was up to her to provide the food they would need to survive. She wasn’t working for the cream of the crop either. She was grateful to get the leftovers after the fields had been gleaned.

I think of being a single mother for a time, and how overwhelmed I felt to be responsible for my children, my home, and all that came with it. So many struggle to make it, and would be happy for an opportunity to take the remnants of the field.

The Virtue of Humility

At this, she bowed down with her face to the ground. She asked him, “Why have I found such favor in your eyes that you notice me – a foreigner?” (Ruth 2:10 NIV)

RELATED POST:  3 Incredible Lessons From Rebekah in The Bible

We see the completely humble nature of Ruth in this statement. She can’t fathom why Boaz would offer her provision and protection. Ruth clearly does not see herself in the same light that Naomi and others see her, but considers herself, as a foreigner, unworthy of any special treatment.

Like many women, Ruth doesn’t see herself in the same light that others see her. How often do we look in the mirror and find all of our flaws but seldom recognize the wonderful traits we carry with us?

Finding value and self-worth is an issue that has passed down through the ages.  The beauty for those of us who live in the world today is that we have the Word of God to read and believe all that is says about how we were created, and about how valued, loved and treasured we are.

It is by staying in that word and trusting in its message that we can continue to live a life of confidence in who we are and how important we are to the mission of Christ.

“Wash, put on perfume, and get dressed in your best clothes. Then go down to the threshing floor, but don’t let him know you are there until he has finished eating and drinking. When he lies down, note the place where he is lying. Then go and uncover his feet and lie down. He will tell you what to do.”

Sweet, obedient Ruth. No doubt, she must have had some reservations about this one. Naomi was asking something of her that she had no familiarity with. She new nothing of the idea of a kinsman redeemer. She was in a foreign land with unfamiliar people and strange new customs.  But Naomi asked this of her, so she complied.

Have you ever done something you didn’t want to do because you knew it was the right thing to do? I can imagine Ruth struggling with this request. I know I would.

But her obedience outweighs her reservations, and she does as she is asked. I wonder if I possess the courage to carry out a request like that.

If we conjure up in our minds times that we did the courageous and obedient thing, even when we preferred not to, we might see where God worked in those moments to bring blessing and fruitfulness to our lives.

Moral of The Story of Ruth

Our devoted, hard-working, humble, and obedient friend Ruth is a beautiful example of what the grace of God can do. She earned that grace when she walked away from the idolatry of pagan gods and stepped into the worship of God Almighty.

Her sweet spirit, her faith, and the absolute devotion she had to Naomi were the stepping stones to the many blessings God would bestow upon her. It is a wonderful reminder to us all that God is with us. He is offering his provision and protection along our journey.  There are blessings to be reaped through a life of devotion, humility, and obedience.

When was the last time God called you to the unknown, on a journey that left you full of fear but determined to see it through?

When have you been so devoted to what you knew to be right, that you were willing to walk away from the comfortable?

How have you seen God pouring out his provision in your life in ways that you feel are far past what you deserve?

In what ways have you seen obedience take you farther than your heart or mind could have ever imagined?

These are things to consider when pondering the story of Ruth.  She really is no different than the women of today. She was caught in a situation that required drastic choices. She was put in a position of needing help and of being the one to provide the help.

Ruth was called to step out of her comfort zone and put her trust in God. She was asked to follow, provide, and obey. We are called to do that many times in our lives. The question is…do you heed the call?

Who Was Esther in The Bible?

Sharing the gospel through writing and speaking is one of Betty Predmore’s favorite things to do.  She engages her audiences with her easy, conversational style.  Her words reach women’s hearts and make them pause and ponder the possibilities of a beautiful life with Christ.

Betty has written two devotionals, Pondering Virtue and Whispered Grace. She has contributed to several collaborative book compilations and written for numerous Christian magazines and blogs.

Betty is a wife and mother of seven including biological and adopted children. (Family is the fodder for many of her entertaining stories.) She is also Grammie to some sweet little ones.  Betty enjoys spending time with her people, her books, and Jesus.

Betty is the founder of Mom-Sense, Inc., a non-profit women’s ministry where she offers hope, encouragement, and prayer to women across the country and beyond. You can visit Betty on her ministry page at www.momsenseinc.org or on Facebook @Betty Predmore,Author, Speaker & Founder of MomSense or @momsense.