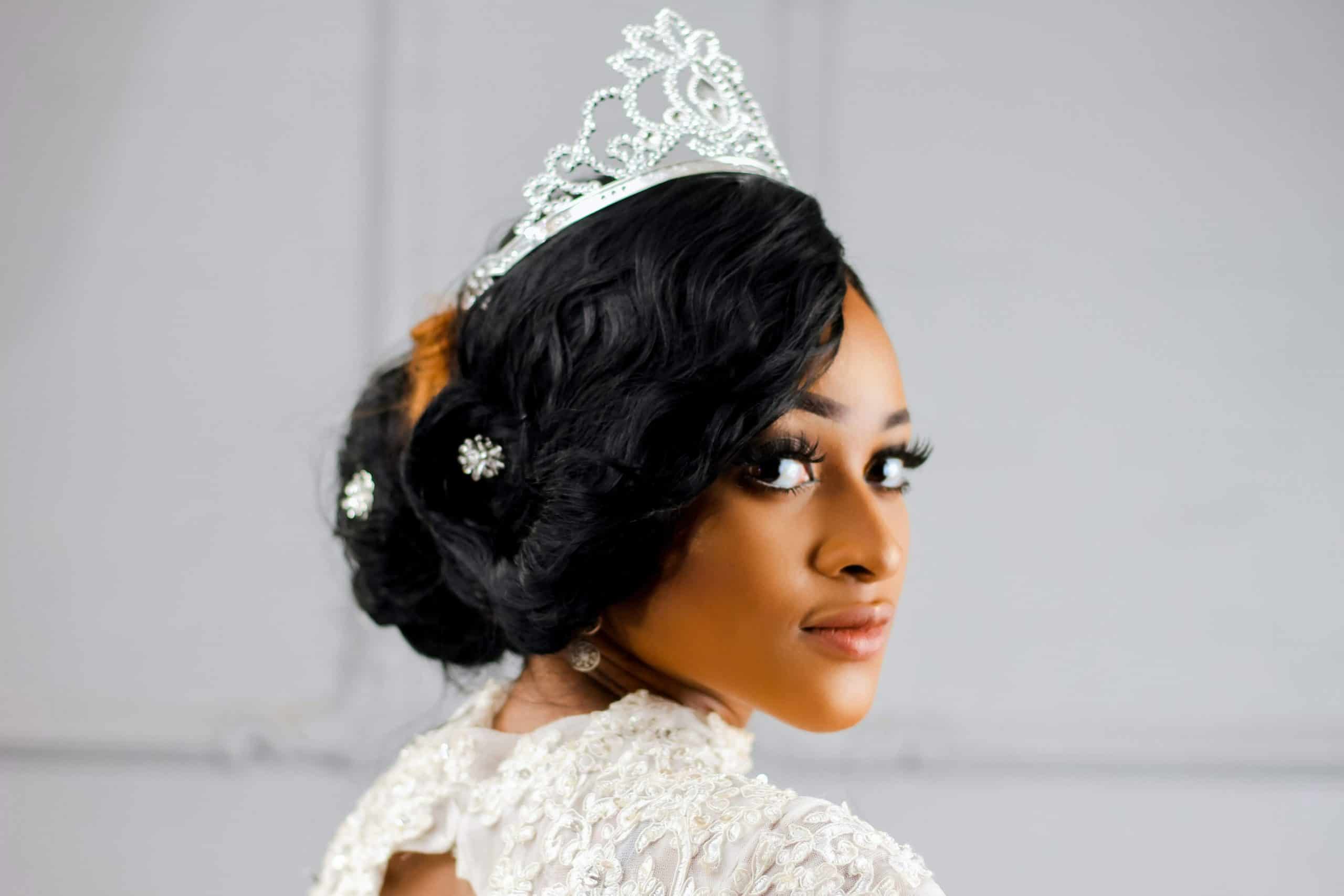 The number of women chosen by God to risk their lives for the safety of His people are a lot fewer than men; however, one story truly stands out. That is the story of Esther. It is an honor for me to share who is Esther in the bible with you.

The Bible gives many accounts of noble and heroic men called and used by God to lead, save, deliver, or protect His chosen people. Think of Samson, Joseph, Moses, David, to name a few. These men showed bravery and strength in the face of danger.

Even men like Gideon, who doesn’t show any signs of bravery and strength in the beginning but end up a mighty man of valor.

The story of Esther, a beautiful, young Jewish girl, also demonstrates bravery and strength, but humility and selfless sacrifice as well.

Throughout biblical times, God equips both men and women to accomplish daring deeds. Destined to do mighty acts in God’s divine will, against the hand of their adversary. Esther is

the unexpected “heroine” in her record. She faces enormous obstacles but overcomes them all.

Who Was Esther In the Bible?

Second Kings 24 tells us Nebuchadnezzar, king of Babylon, invaded Judah and deported its king, Jehoiachin, to Babylon. Eleven years later, he returned to finish the destruction of Jerusalem, taking most of its people into captivity, bringing them to Babylon as well.

Among the captives was a man by the name of Kish, of the tribe of Benjamin, who was the great-grandfather of Mordecai the Jew. Mordecai was Esther’s cousin. He adopted her and raised her as his own daughter after her parents died.

Babylon fell into the hands of the Medo-Persians in 539 B.C. One hundred years after the fall of Jerusalem, Xerxes became king of the Persian Empire. This colossal Empire stretched over 127 provinces, from India to Cush. King Xerxes ruled every bit of it, making him a powerful force to be reckoned with.

When first introduced to us, Esther and Mordecai were living in Susa, the capital of the Persian Empire.

Esther became queen after King Xerxes deposed Queen Vashti. Vashti was overthrown because she refused to leave the feast for the women of the royal house to go to Xerxes when he sent for her.

Xerxes in his drunken state of mind, wanted to show off his wife because she was beautiful.

The seven-day feast followed a six-month long banquet. Vashti was probably tired and ready to get off her feet.

Mind you, Esther didn’t just show up at the palace saying, “Hi, I’m here about the queen position.”

After Vashti refused to obey King Xerxes’ call, he and his homeboys got together and came up with a two-fold plan to: 1) knock Vashti off of her high horse; and 2) keep the women in the kingdom from standing up to their own men.

So, a search was called to find all the young, beautiful virgins for Xerxes to choose his new queen. A commissioner in every province was appointed to bring all these beautiful young women into the harem at the citadel of Susa. Esther, being young and beautiful herself, was thrown in the mix. Hegai, one of the king’s eunuchs, was put in charge of these young women.

Before the young virgins were allowed to go to the king, they each had to go through a year-long beautification process.

Esther Meaning – What Does The Name Esther in the Bible Mean?

Hadassah, her Hebrew name means Myrtle. She was given the name Esther, which ironically means “star”.

Fun Facts About Esther in The Bible

Esther is one of only two books that is named after a woman.

Esther is the only book of the Bible in which God is not named, however you can clearly see him at work throughout the book.

Purim is a Jewish festival which is celebrated yearly which commemorates the saving of the Jewish people as outlined in the book of Esther.

When you think about a young, beautiful girl becoming queen to what some might call a “tyrant”, usually a teenage girl, doesn’t come to mind. Because of practices of Middle Eastern culture, it’s probably safe to say Esther was about 14 or 15 years old when she was brought to the palace.

This speaks volume about this young lady and says a lot about her character. Let’s take a look at a few of her many characteristics:

Esther was obedient to God.

She continued to obey Mordecai just as she did when she was raised by him (Esther 2:20). She could have said, I’m the queen, I don’t have to listen to you anymore.

She was also obedient to the king. She knew what the laws were, and she did not want to be the one to break them.

The Bible says Esther found favor in the sight of all who saw her (Esther 2:15). When it was her turn to be with the king, Esther requested nothing except what was advised by Hegai, the eunuch in charge of the women. She quickly obtained favor in his sight. She and her maidens were given the best place in the king’s palace.

When Mordecai found out two of the king’s chamberlains who kept the door near the king’s gate desired to lay hands on the king, he revealed it to Esther. In turn, Esther revealed it to the king in Mordecai’s name (Esther 2:22). An investigation into the matter showed it to be true and the two eunuchs were hanged.

Fortunately for Xerxes, the plot failed, but for precautionary matters, Xerxes put Haman in charge. Shortly afterward, Haman’s ego took flight. Haman hatched a plan to have the Jews destroyed, all because Mordecai refused to bow down to him.

Mordecai found out about Haman’s plan and sent message to Esther to go to the king. In walks more drama.

No one was allowed go before the king unless he first invited him or her. Stuck between a rock and a hard place, right? Although she was afraid, unsure of herself, Esther was wise enough to call a fast and pray.

She handled the situation gracefully. A graceful panic. Haman’s plot was great, but God’s plan was even better.

It is a selfless person who lives in a palace with maidens and servants and all the food you can eat, getting massages and being fanned with fig leaves. After prayer and fasting, Esther put her life on the line to spare the lives of her people.

She did that when she went before the king without an invitation.

It was decreed, anyone (including the Queen) who went before the king without first being called would be in danger of being killed. Xerxes had not called on Esther for thirty days. Can you imagine? A month. What in the world was he doing for a whole month? Oh well…these be the rules.

RELATED POST:  35 Hopeful Bible Verses About Babies Being a Blessing

It takes courage to stand before someone with the power to have you killed just for standing before him without an invite.

Also, if Haman was able to build gallows, hatch a plan to have someone hanged and have the king agree to it and fund the event… what else was he capable?

It takes courage to go up against giants like these. Esther chose to be courageous and not allow fear to keep her from doing what was right, saying, “If I perish, I perish” (Esther 4:16).

Can you see all the layers in this beautiful, young lady? She was obedient, pleasant, humble, selfless, courageous, wise, intelligent, faithful. This list of not exhaustive. I can go on and on.

Lessons From Esther in the Bible

Esther, a beautiful young Jewess, is gathered to the palace along with nearly 400 other young women. She finds favor with all who sees her, including the king. Girl, please! Show us how you do that.

Sounds too good to be true? Oh, but it is true. That’s what makes the story of Esther so incredible.

Mordecai couldn’t do what needed to be done to deliver God’s people. Neither were any of the other Jews in the over 127 provinces. Esther was the only one called, chosen, and appointed for the task at hand. She was brought to the palace for such a time as that.

God knew Esther would be able to do what needed to be done, because He put inside of her everything she needed to get it done.

He prepared Esther with faith, beauty, intelligence, wisdom, courage, a selfless and humble spirit, and so much more. It’s no wonder she found favor in the sight of everyone who looked at her.

When we are willing to push our fears aside and trust God, He is faithful to do everything He promises to do.

Like Esther, we are called to do great things. When we have the faith to do our part, God will step in and do His.

Who was Esther in the Bible? Esther is the beautiful, young girl God uses to remind us that if we trust Him, He is able to provide all of our needs, slay our enemies, and give us favor in the sight of all who looks at us.

Patty Johnson, is a wife, mother, freelance writer and blogger. She creates content to uplift and edify women of God to help them discover their gifts and use those gifts for the kingdom.