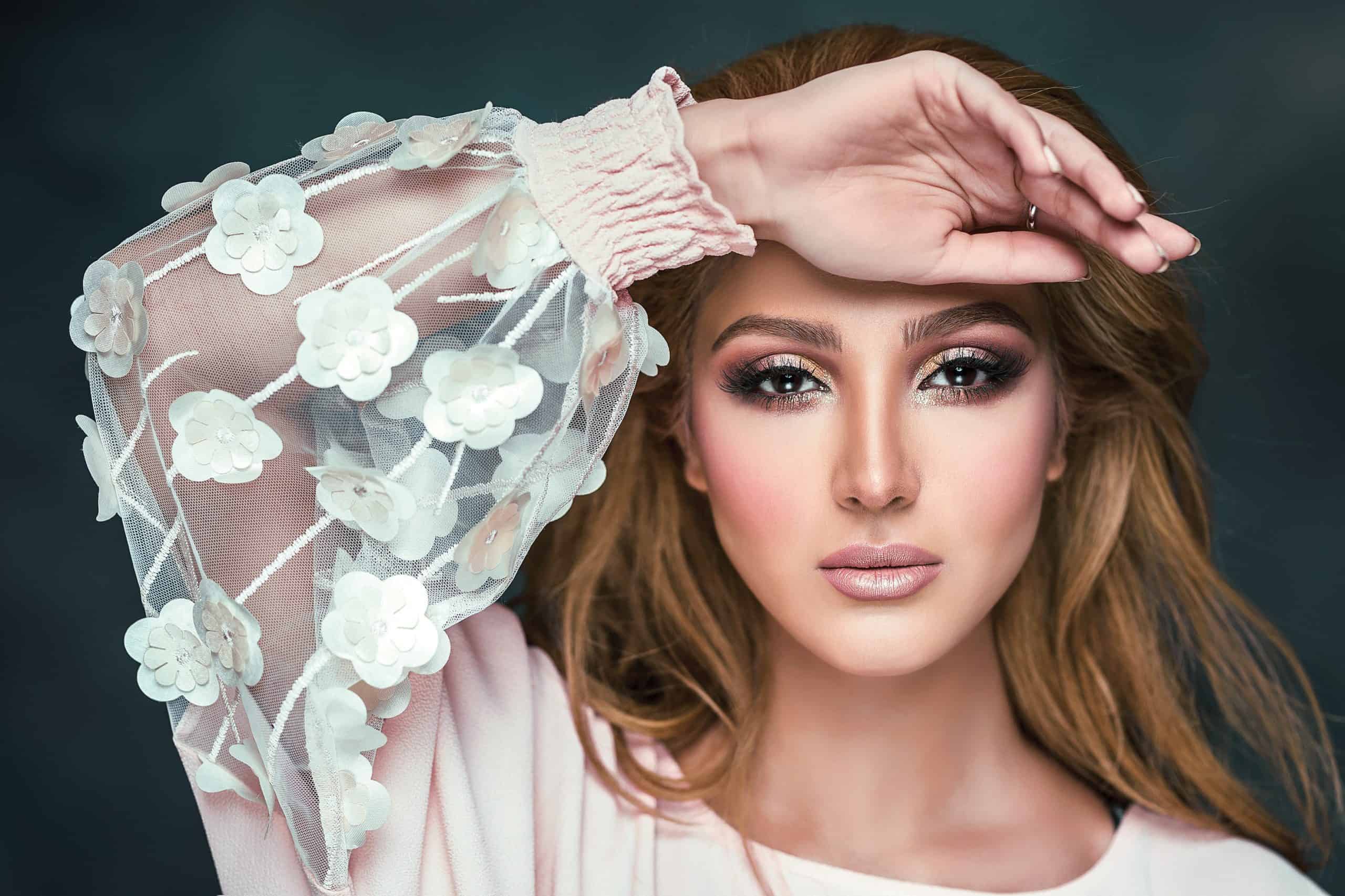 Rebekah in the Bible is described as one of the matriarchs of the Jews.  She is best known for being Isaac’s wife or Esau and Jacob’s mother.  How did she acquire such a great role in Christian history?

We will take a look at who was Rebekah in the Bible and what lessons we can learn from this incredible woman.

Who Was Rebekah in the Bible?

Rebekah in the Bible is the daughter of Bethuel the Aramean from Paddan-Aram and the sister of Laban the Aramean.  Her father was the son of Abraham’s brother Nahor and his wife, Milcah.  So that would make Rebekah Abraham’s great-niece and Isaac’s second cousin.

Rebekah is described in the Bible as a woman who was very beautiful.  Isaac loved her deeply and after the death of his mother Sarah, Rebekah became an extra comfort to her husband Isaac whom she married when he was 40 years old.

Meaning of Rebekah in the Bible?

Rebekah is a biblical name with its roots in Hebrew.  This name can mean “to tie firmly, bind, or noose” and is used for females.

Story of Rebekah in the Bible?

Rebekah is first introduced in the Old Testament book of the Bible Genesis chapter 24.  Abraham wanted his oldest servant, Eliezer, to find a bride for his son Isaac in his hometown and not in Canaan, the land that they were currently living in.  Upon arriving at Paddan-Aram, the servant prays to God for specific signs of who to take for Isaac’s wife.

Rebekah is the first woman he sees at the well.  After she gives both the servant and his camels some water (the signs he prayed for), he gives her some gold jewelry and inquires about her.  After he realizes that Rebekah is one of Abraham’s relatives, he rejoices for his answered prayer.

RELATED POST:  8 Lessons We Can Learn From the Woman With the Issue of Blood

Rebekah goes back home to tell her brother Laban about what happened and her brother goes back to the well to bring the servant and his camels back to their house to stay the night.  The next day Rebekah, her nurse, and Abraham’s servant travel back to meet Isaac and she becomes his wife.

Genesis 25 shares the birth of Rebekah’s sons.  Rebekah was barren, but God answered her husband’s pleas to bless her with children.  When she became pregnant with twins, she asked God why her two children were struggling in the womb.  He told her that her sons will become two rival nations and the older son will serve the younger.  When she gave birth, her sons were named Esau and Jacob.

We see an example of how beautiful Rebekah was in Genesis 26.  God tells Isaac to move to Gerar.  Some men asked Isaac about Rebekah, and out of fear, he lied to them saying that she is his sister.  Abimelech eventually finds out that Rebekah is his wife and makes a public proclamation that no one should touch Isaac or his wife or that person will be put to death.

The last we see of Rebekah in the Bible is in Genesis 27.  When her husband Isaac becomes old and wants to bless his oldest son Esau, Rebekah hears of this plan and conspires with Jacob to receive the blessing instead of Esau.  Her ploy succeeds with Jacob receiving the first-born blessing, but it angers Esau so much that he intends to eventually kill his brother.  Rebekah convinces Isaac to send Jacob to her brother Laban to find a wife as a way to protect her son from Esau’s revenge.

Lessons From Rebekah in the Bible

Be encouraged that God hears your prayers

Rebekah was an answer to one man’s prayers.  Even though Abraham’s servant did not have a personal relationship with God, he still prayed to his master’s God who was the true God.  God honored the servant’s prayer as well as Abraham’s desire.  God also heard and honored Isaac’s prayer for Rebekah when she was unable to conceive children and blessed Rebekah with twins. In addition, God responded to Rebekah’s inquiry when she asked about her sons inside her womb.

Even though God is sovereign and all-knowing, He still desires for us to communicate with him our needs and desires.  The servant’s prayers show us that prayers do not need to be long, intricate, or formal.  His prayer was done near a water well as he was waiting for an answer.  It was not long or repetitive, but it was a conversation with God about what exactly he needed in order to know who to bring back as a wife for Isaac.  And God answered his prayer even before he finished praying!

Isaac’s prayer for God to open up Rebekah’s womb reveals to us the power of intercessory prayer.  When we earnestly plead on someone’s behalf, God will even bless someone because of our prayers for them.  And God answering Rebekah’s question about why her two sons were struggling with each other inside the womb, tells us that there is no prayer too small for God to listen and reply.  Answered prayers are sprinkled throughout Rebekah’s story.  So be encouraged to continually pray to God about everything.

When Abraham’s servant was praying for God to reveal Isaac’s future wife to him, his prayer was not that the woman would look like a beauty queen, but instead, he asked for someone with good character.  This was revealed when he prayed that the woman would give him a drink of water as well as water his camels.  It would be a woman who was hospitable and generous.

Rebekah displayed these qualities when not only did she do as the servant prayed, but she even addressed him with respect calling him “lord.”   Rebekah also had a willing heart.  Her mother and brother wanted her to stay back 10 days, but she was ready to go at a moment’s notice and went back with the servant without any hesitation.

Although Rebekah was outwardly beautiful, she did not allow that to be where her confidence came from.  She worked on her inner self and let her character shine as her attractive quality. Because she already had hospitality and generosity, when the time came for God to choose someone through the servant, it was these qualities that gave her favor.

Man may look at the outward appearance, but the Lord looks at the heart.  Rebekah is a reminder to work fervently at building our character instead of our appearance.  It is character that will take us to places that beauty cannot.

All throughout the Bible, we see God working through the faults of the people He chose.  Rebekah was no exception.  Her favoritism towards her younger son caused her to deceive her husband into blessing Jacob with the inheritance of the firstborn.  The worst part is that by telling her son how to trick his father, she was teaching him that misleading behavior is acceptable behavior.

Even though Rebekah’s actions can be seen as manipulating, God’s plans for preserving the ancestral lineage through Jacob prevailed through her well-planned scheme.  God knows our weaknesses and mess-ups beforehand, yet He still decides to co-partner with His creation to accomplish His purposes and plans.  This shows us how sovereign, loving, and perfect He really is.  We can trust God to work His purposes through our lives despite our imperfections.

Characteristics of Rebekah in the Bible

The woman Rebekah in the Bible was more than just a pretty face.  She was a praying woman as well as an answer to prayer.  Her character is what caused Abraham’s servant to choose her as Isaac’s wife and even though she deceived her husband so that the younger son would receive the blessings of the firstborn, God’s plan still played out perfectly through the family lineage.  The story of Rebekah in the Bible is just one of many examples of how amazing the God of the universe is.

Lessons From Rachel in the Bible

Lessons From Tamar in the Bible

Lessons From Lydia in the Bible