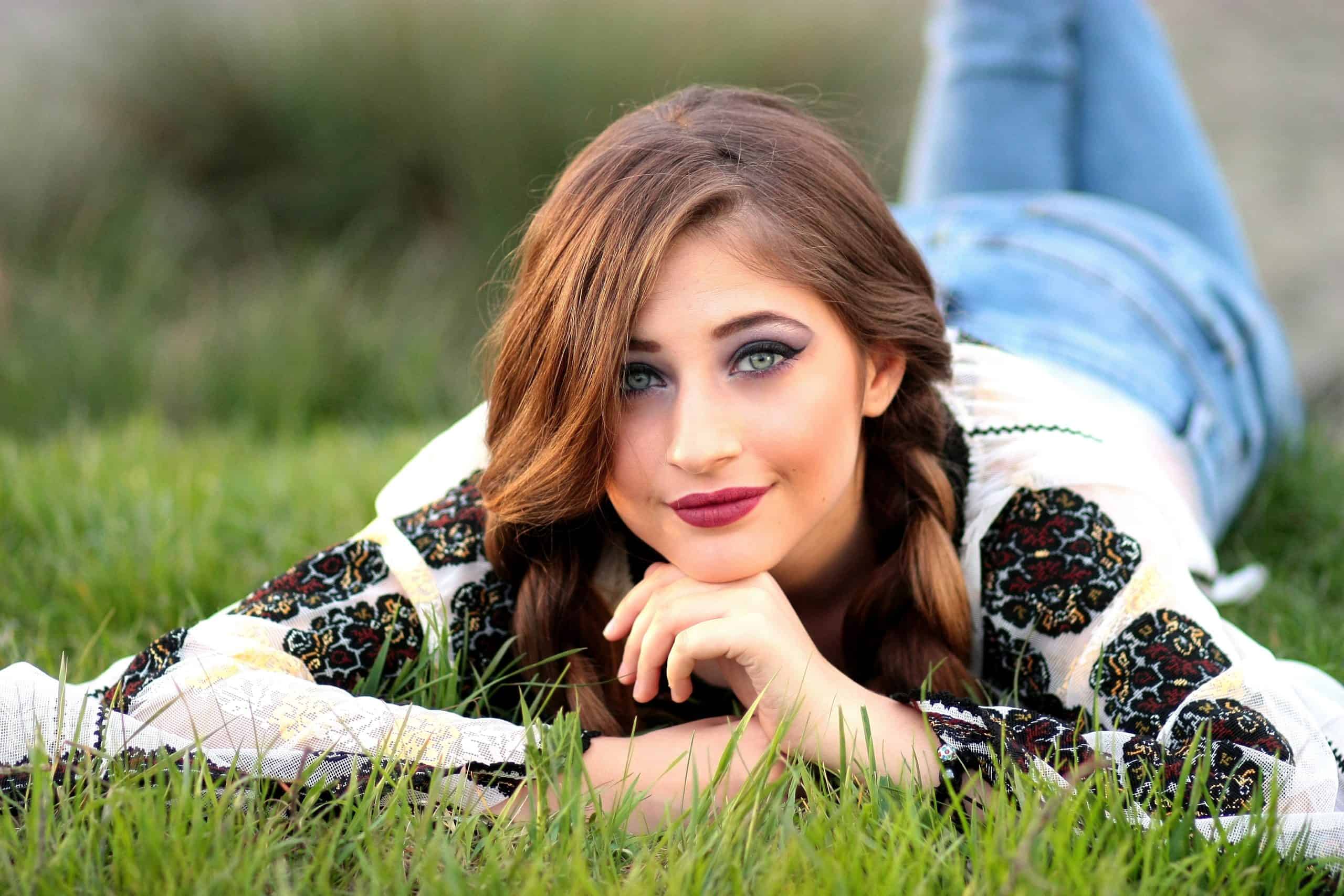 Who was Rachel in the Bible? Sibling rivalry is a common and normal thing in families with multiple children.  You either compare yourself to another sibling or someone else compares you to them.

Although it is not a healthy practice, it is a battle that we face living in a broken world.  Already difficult enough to handle, imagine if you had to share the same spouse with your sibling!  Such is the case with Rachel in the Bible.

She and her sister were the first and only sister-wives in the Bible.  We will look at who was Rachel in the Bible and what lessons we can learn from her unusual situation.

Who Was Rachel in the Bible?

Rachel is Laban’s second daughter and Leah’s younger sister.  In comparison to her sister Leah, she is described as having a beautiful figure and a lovely face.  She lived in Harran, or Paddab Aram, and was a shepherd who cared for her father’s flock.

Rachel is also Jacob’s relative, specifically his first cousin.  Even though Jacob loved Rachel and wanted to marry her, she became his second wife after her father tricked Jacob into marrying her sister Leah first.   At first, Rachel was unable to bear children, but later God blessed her with two sons, Joseph and Benjamin.  She died shortly after giving birth to Benjamin and was then buried in Bethlehem.

Rachel in the Bible Meaning?

The name Rachel is the anglicized version of the Hebrew name Rahel and can mean ewe, female sheep, or one with purity.  Interestingly, Jacob first met Rachel when she was tending sheep.  Rachel is a biblical name that is a very popular female name even today.

Rachel in the Bible Story?

Rachel is mentioned in the Old Testament Bible book Genesis chapter 29 to chapter 35.  Her story starts in Paddan-Aram where she lives with her father Laban and her older sister Leah.  She meets her cousin Jacob at the well while doing her duties as a shepherd and taking care of her father’s flock.

Jacob’s father Isaac’s instructions to Jacob was to marry one of his uncle Laban’s daughters.  As Rachel is described as having a “beautiful figure” and “lovely face,” he falls in love with her and agrees to work for his uncle for seven years for her hand in marriage.

After the seven years are over, Laban tricks Jacob by giving him his older daughter Leah instead.  But Jacob loved Rachel so much that he agreed to work for another seven years in order to have Rachel as a wife.  So only after Jacob had married Leah for a week, Laban also gave Rachel to him as a wife.

Because God saw that Leah was unloved, He blessed her with three children: Reuben, Simeon, and Judah.  Rachel became jealous of Leah because she was not able to have children so she pleaded with Jacob saying “Give me children, or I’ll die!”.

Struggling with infertility, Rachel took matters into her own hands and gave her servant Bilhah to Jacob to have children on her behalf.  Bilhah bore two sons, Dan and Naphtali.  Leah decided to do the same with her servant Zilpah who also bore two sons, Gad and Asher.

After Leah became pregnant with three more children – Issachar, Zebulun, and Dinah – God remembered and answered Rachel’s prayers and blessed her with a son named Joseph.

Soon after the birth of Joseph, Jacob asks his uncle to release him from service.  His uncle Laban agrees but continues to trick him in an effort to make him stay longer.  But after Laban’s attitude towards him changes, Jacob decides to flee from Laban.

With the approval of his wives Leah and Rachel, one day he sets out back to Canaan with his family and belongings.  Before they leave, Rachel steals her father’s household idols and takes them with her.

Seven days after leaving his uncle’s place, Laban catches up to them. One thing that Laban asks Jacob is why he has stolen his gods.  Not knowing it was Rachel who did it, Jacob tells his uncle to freely search everything he has and if anyone has stolen them, then let that person die.

When it comes time to search Rachel’s camel where the idols were hidden, she tricks her father saying that she cannot get off the camel for him to search because she has her monthly period.  So the idols are never found and her life is spared.

On the way from moving to Ephrath from Bethel, Rachel goes into labor and gives birth to a son whom she names Ben-oni but Jacob renames Benjamin.  Her labor pains were so intense that she dies sometime after giving birth.  Jacob buries her there in Bethlehem.

What Can We Learn From Rachel in the Bible?

Even though Rachel was the one that was deeply loved by Jacob, it was not enough to make her feel satisfied.  She saw that her sister was having children while she remained barren and it affected her so much that she begged Jacob to give her children or else she would die.  Then when she gave her maid Bilhah to Jacob to have children on behalf of her, after Bilhah gave birth to Naphtali, Rachel exclaimed that she was “winning” against her sister.

Comparison caused her to compete against her sister.  And instead of rejoicing that her sister was able to have children and being grateful that she was the beloved wife to her husband, her focus on what she did not have caused her heart to lead her in ways that did not honor God.

No matter how difficult our circumstances are or how good other people’s lives around us look, we can always find something to be grateful for because God is good.  And giving gratitude to God will protect our hearts from jealousy and covetousness.

During Rachel’s time, the culture attached value to women based on their ability to bear children.  So it is no wonder why both Rachel and her sister desired more children than the other.  The more children they had, the more they believed that society and their husband would look favorably on them.  Rachel even said that God had removed her disgrace after He blessed her with a son, Joseph.

When we allow our worth as women to be defined by the One who created us, then we do not need to seek outside elements to fill a void.  The answer to “Am I good enough?” will always be a “yes” when we place our identity in Christ.  Even though we are lacking or barren in an area of our lives, if we look to God for our value, then we will truly believe that we are wonderfully and fearfully made despite what this world may say.

Beauty is passing, but a woman who fears the Lord is to be praised

Proverbs 31:30 reminds us what true beauty is in a woman.  We do not know exactly why Jacob loved Rachel more than her sister, but it does say that Rachel was the more physically attractive one.  Nothing much is said of her godliness.

We do know that she attributed the opening and closing of a womb to God, but we also see her acting in her flesh instead of her faith.  Rather than waiting on God to bless her with children, she put matters into her own hands and gave her maid to sleep with her husband.  And when Jacob decided it was time to flee his uncle, she stole her father’s household idols without telling anyone and then tricked her father so he would not find them.

Jacob may have fallen in love with Rachel because of her looks, but the most important attribute in a woman is reverence for the Lord.  It seems that many times Rachel acted out of emotion and the consequences of those times were not good.  But instead of our emotions leading us, we need to submit them to God and follow His ways.  A woman may be attractive on the outside, but a woman who desires to honor God in her life is the one to be admired.

RELATED POST:  22 Soothing Psalms For A Peace of Mind

Proverbs 19:21 reminds us that it is the Lord’s purpose that prevails.  Although that does not give us permission to sin, it gives us assurance that we can still be vessels of God’s grace and purpose despite our failings.  Although Rachel was the mother of two sons who became two of the twelve tribes of Israel, she made mistakes along the way.  But her faults, and ours, do not prevent God from accomplishing His perfect will in this world.  He still uses us as we get to share in His glory, and that is a humbling and comforting thought.

God’s ways are the best ways

Chaos happens when we either conform to the culture or do things our way instead of God’s.  Rachel’s father was not a godly man.  He foolishly gave both his daughters to Jacob as wives because his culture said that the older daughter had to marry first.

But we see that the family dynamic was so dysfunctional because of rivalry and jealousy between the sisters.  And Rachel desired children so much that she told Jacob that if he did not give her children that she would die.  The irony in her statement is that she did not die from not having children, but she actually died from having a difficult second birth.

Rachel and her family followed the culture and their own desires more than following God’s commandments.  And because of that, the consequences they suffered were constant family issues and even death.  God’s ways are the best and when we know and live in them, it is like a fountain of life.  It will not mean that everything will be perfect, but it does mean that generations will be blessed by the God-honoring decisions you make.

Characteristics of Rachel in the Bible

Although Rachel in the Bible was more beautiful and more loved by her husband than her sister, the consequences made by her deceitful and ungodly father caused constant problems within the family.

We see decisions and values connected more with the culture Rachel lived in than aligned with God’s principles.  But despite these shortcomings in her story, we see God’s grace and purposes prevailing.  Rachel’s two sons became two of the tribes of Israel.  Her story is one of many examples of how loving and sovereign our God is.

Empowering Lessons From Lydia in the Bible

Inspiring Lessons From Sarah in the Bible

Lessons From Rahab in the Bible

Lessons From the Woman With the Alabaster Jar